This year we had to choose between band, orchestra, and chorus.  I choose chorus because I like singing. (although I didn’t really like singing in front of people before!)  After a couple weeks of chorus class our teacher, Mrs. Herrington, told us that we could try out for a solo or speaking part in our upcoming concert.  I’ve never auditioned for anything before but I was really interested in trying out for Totally, a young girl character in the play, Lights on Jingle Bell Hill.

We practiced several songs from the play during class.  One day Mrs. Herrington gave us all a paper that had the sentences we needed to memorize to audition for a speaking part.  I practiced at home and even at school. I was very nervous to audition in front of my class but I was ready to go when she called my name.  There were only six other kids in my class so there weren’t that many eyes staring at me!

I memorized all of it at home but while I was auditioning I missed a line by accident.  I felt very nervous standing up there in front of my whole class. My heart was beating faster and I could feel it in my chest!  My hands were very sweaty, too! Ewwwwwww!

But I did it.  And afterwards I felt very proud of myself for memorizing all of those lines and for being brave enough to audition. But this wasn’t the end of it….. Next came the singing auditions!  UGH-OOOOOOOO! Lol

We all practiced the one song that we’d be auditioning with.  Only two other kids in my class wanted to audition. The day we were doing auditions they got to audition but we ran out of time for my audition.  So I had to wait until the next chorus class which was the next day.

I worried about it that night and into the next morning before school.  I especially was thinking about it right before chorus class, in math class.  After Math class was over, it was time for auditions!! I was so nervous for my solo tryout… Would you have been worried about messing up, or not sounding good?  I sure was!

When we sat down in our chairs, we practiced the song that I was about to sing!  I don’t sing in front of people very often, so singing in front of the seven other kids in my class was kinda nerve  racking. When Mrs. Herrington said that it was my turn to audition, I was so nervous! What if I forgot the words? Or maybe they will laugh at me?  What if if I sound awful? I was so scared!

Then, she started the music… I started to sing, and I wasn’t freaking out!  I actually did it! After I finished singing, everyone started to clap for me!  I felt so proud!

I’m not sure if I’ll get a speaking part or any solos or duets…. But I surely am proud of myself for at least giving it a try and being brave enough to audition!  Hopefully I will get a part because that would be awesome! But if I don’t, I will still be proud that I tried something new.

My 1st Mud on the Mountain Race

Recipe of the Week 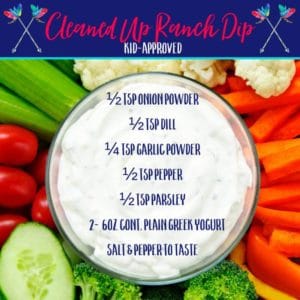 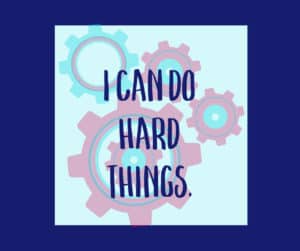 This site uses functional cookies and external scripts to improve your experience.

NOTE: These settings will only apply to the browser and device you are currently using.

These cookies are used to collect information about how visitors use our site. We use the information to compile reports and to help us improve the site. For more information on how these are used and opt out options, visit https://policies.google.com/technologies/ads.

These cookies are necessary for the site to function properly and comply with the GDPR regulations.